Hi, my name is Stefano Palmieri and I would like to briefly tell you my story. It was a normal evening with friends, a chat followed by the usual fun at the disco. I get into the car and, and on the way home... CLICK, everything goes out! That damn switch stops working, I tragically lose my sight on the night of 12 August 2002.
A long and painstakingly difficult recovery, both physical and psychological, characterized by moments which were quite hard to overcome. A tortuous path made up of many steps, most often climbed with difficulty, two steps at a time. With a little time and thanks to the people most dear to me, I tried to shape a new life that I spend in the dark, but engaging myself in work and in sport helped by the great love of my family!
The broken switch that cannot be fixed made me realize one thing: I couldn't give up. As a blind person I learned to play golf (yes, you read that right) and with immense pride in October 2015 I became Italian champion at the Italian Blind Open. In 2013 I found out about a person who is blind like me and is getting exceptional results playing golf. For me it was the turning point, I understood what I wanted to do. Near my house there is a club, the Toscana Golf Club. I introduce myself and ask for information on how to learn... and from there I discovered a new world! 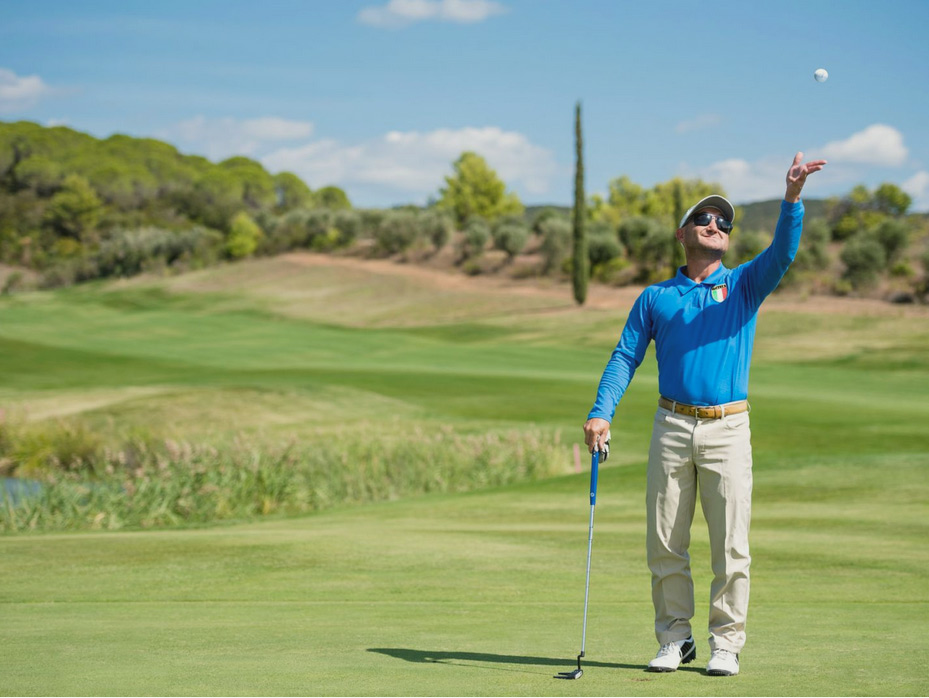 Great sporting result for the Gavorrano area: at the Golf Club Toscana "Il Pelagone" the party is on for the victory of Stefano Palmieri who triumphs in the Italy Open international competition. There is an incredible added value in all this: Stefano is blind. Under the guidance of Simone Micciarelli and Andrea Mencattini, and despite being blind due a car accident that occurred 13 years ago, Stefano has been practicing this sport for almost three years now, and he's the only one in the world to play and win having learned the discipline after having lost its ability to see, and not like others who had started being able to see, then lost the gift of sight. "We met during a dinner - says Pelagone's Golf Instructor Simone Micciarelli - and Stefano immediately put his will into practice by learning the first rudiments. We started to imagine the first movements, the balances, then we were off to work on the course ". To play, Stefano needs a person next to him, and the one guiding him is Andrea Mencattini, who travels with him the journey that the ball must take, studying the slopes together, counting the steps, the strength to give to the club, and then off. "At first - Stefano says - it was tough, but I never gave up and I took part in the first international trials with encouraging results until the success of the other day in Milan. It was the pinnacle of my career but I hope to improve, also because I want to give a message to people like me who have this problem. I thank the Toscana Golf Club, which always supports me both financially and morally. 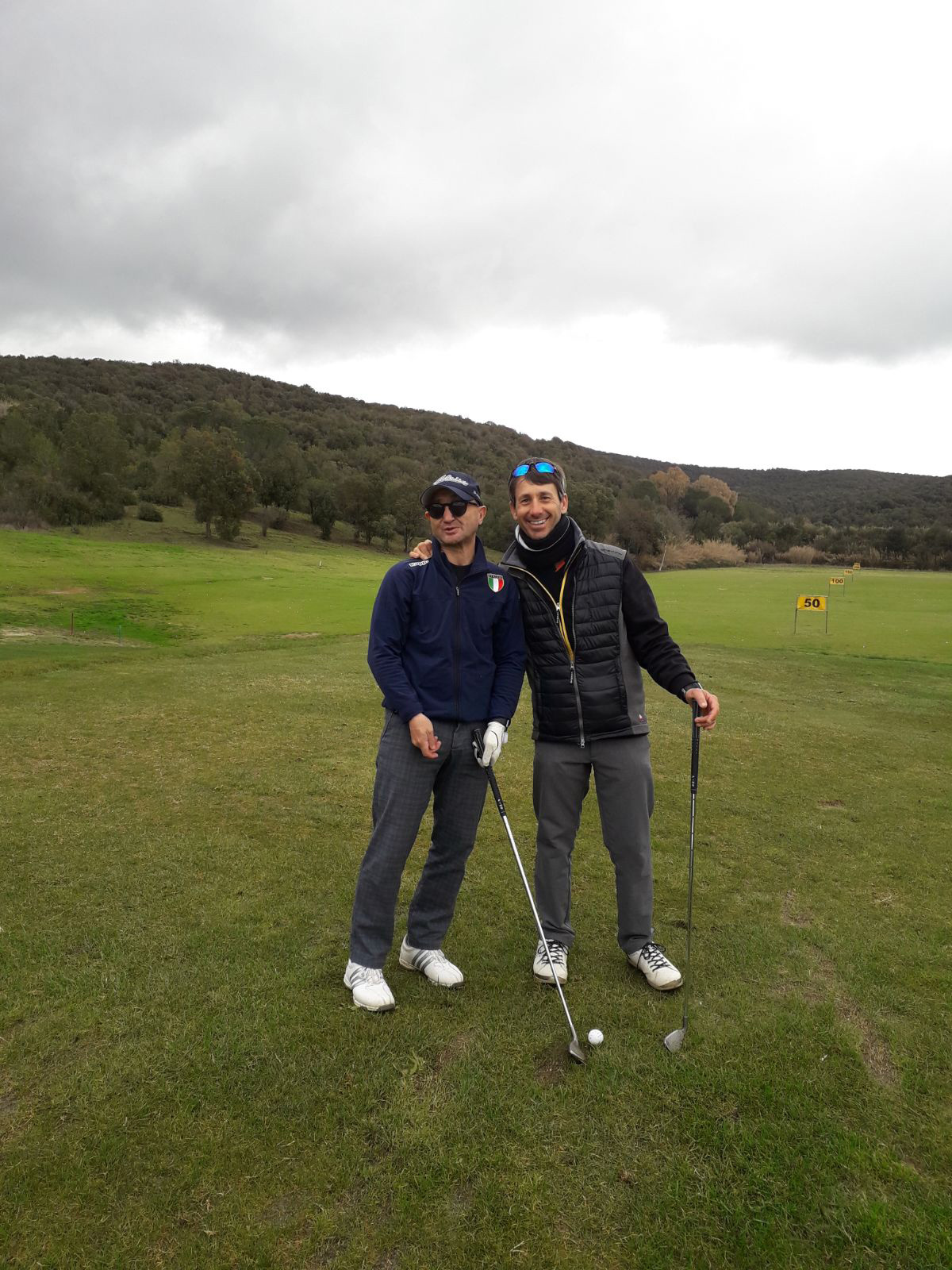